When “Being Non-Racist Is Not Enough”

To our Black community members: We stand with you. We see you. We love and support you.

At Shanti, our mission is to improve quality of life outcomes and reduce isolation for people facing life-threatening conditions. As we continue to witness life-threatening, life-taking, and relentless injustices impact our Black community, we know we must continue to emphatically declare: Black Lives Matter. To Allies in our community, the call-to-action is here. In an open letter to the community, Kaushik Roy, Shanti’s Executive Director, shares his thoughts on allyship, shares resources, and frames how to show up for the Black community using the Shanti model of compassionate care.

Like many of you, I have been grasping for the right words to fully capture the magnitude of what we have experienced in the wake of the violent killings of George Floyd, Breonna Taylor, and Ahmaud Arbery (and countless others before them). And I don’t know if there are any words truly adequate to describe the type of unfathomable pain that we have witnessed manifest all across our nation (and world) — a pain that is so deep and all-encompassing from centuries of systemic racism and brutality.

A disciple once asked our City’s namesake if there was anything more powerful than the word. Saint Francis replied, yes: the act — action is always greater than the word. For far too long, we who are allies of the Black community have used the right words, but when it came time for the next step, to exercise the right actions, we have fallen short. Instead, we have made it far too easy for society to avoid the disturbing truth that is inextricably intertwined with the story of America; and that is that America only exists as she is today because of hundreds of years of violence and the systematic dehumanization of Black individuals.

It is said that justice will not be served until those who are unaffected are as outraged as those who are affected. To my fellow allies of the Black community, this is the moment for us to commit to expressing our outrage until justice is served.

Shanti’s founder, Dr. Charles Garfield, often sums up the Shanti model of compassionate care as listening, speaking, and acting from the heart. It is an apt prescription that we should all adopt in our current climate. Right now, we must listen from the heart by centralizing and listening to Black voices from a place of curiosity, empathy, and lack of ego; we need to speak from the heart when we see or hear injustice or racism around us — especially when it feels most uncomfortable, such as with friends and family; and we must act from the heart, which requires fiercely educating ourselves on how to be the best allies possible.

I won’t pretend to be an expert on what perfect allyship looks like, but I do know that now is the time to proactively reach out to our Black friends (only as appropriate and not to alleviate ourselves of our own guilt); patronize Black-owned businesses and restaurants; financially invest in civil rights, anti-police brutality, and local Black nonprofits; and continuously stay up to date and involved with the local efforts that are happening in our neighborhoods.*

Silence has always been a friend of the oppressor, never the oppressed. To quote Angela Davis, “it is not enough to be non-racist, we must be anti-racist” — for in current society, simply being non-racist is equivalent to being silent. And silence, as Gandhi notes, becomes cowardice when the occasion demands speaking out the whole truth and acting accordingly. We are living through one of those moments in time to which Gandhi refers; and may we all act according to the truth our nation can no longer ignore: Black Lives Matter.

*A few of the many websites that can help each of us be better allies are:

16 Organizations that are bailing out protesters
Meg Zukin forVariety 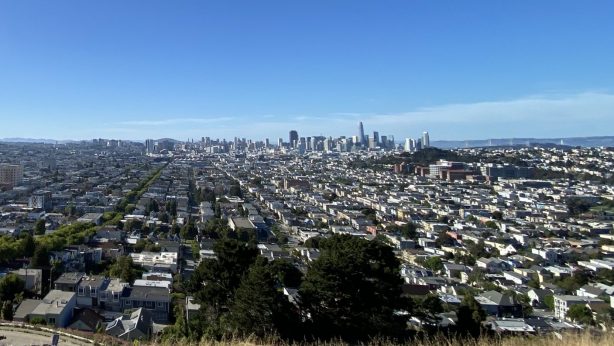 SF Has a Powerful Urge to Care

Given what has transpired in our nation over the last...