Q&A with Mark Molnar: a reflection on volunteering and empathy 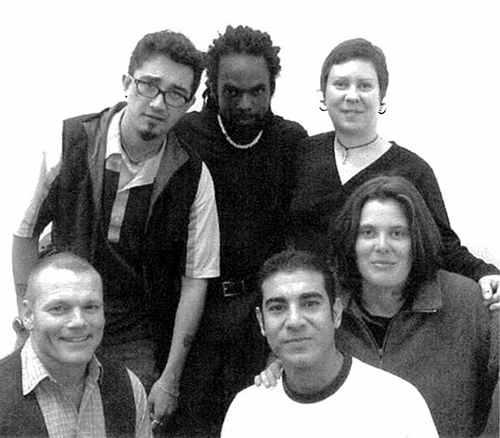 Mark Molnar, Director of Volunteer & Community Support Services, reflects on his experiences with Shanti over the past 28 years. Mark started as a Peer Support Volunteer with Shanti in 1994 and joined the staff in 2000.

Q: What were your first experiences with Shanti?

A: My first experiences with Shanti were as a Peer Support Volunteer. The mid-90s were a very scary time for people with HIV. Although medications were available, this was before the effective modern regimens. The 90s medications were often toxic and people continued to die despite them. Although San Francisco has always been a place that has supported people living with HIV, that did not lessen the fear and isolation that many experienced, seeing their bodies change and their friends and lovers continue to die.

My first experiences as a volunteer were often with people who felt disconnected and abandoned by the world, even as they lived with their partners or family. I listened to stories told by gay men about their lives before HIV, as I did chores that they couldn’t physically accomplish on their own. I watched the children of a straight man so he could have just a little time to himself, to sleep. As a volunteer facilitator of peer support trainings, I met and was inspired by so many people from so many different walks of life who didn’t know what they could specifically do to help, just that they wanted to help, in some way. My first experiences as a staff member were as the Peer Advocate for St. Mary’s Medical Center. I spent most of my time in hospital rooms, listening to stories, listening to hopes and fears. So many people and so many stories of lives fully lived. So many lives lost.

Q: What inspired you to volunteer with Shanti?

A: Before moving to San Francisco in 1994, I was in more of an activist mindset than a caregiver, being involved with Act-Up San Diego and Queer Nation. When I moved here, I wanted to refocus that energy on connecting with people in need, on a real, emotional, human level. Also, I was getting tired of demonstrations and getting arrested. I started as a volunteer with the former Stop AIDS Project, but I did not find the work to be a good fit. I asked my supervisor where I could volunteer so that I was connecting with people in a more resonant way. He suggested I apply as a volunteer to either Maitri or Shanti. I chose Shanti. He warned me that “this was the toughest volunteer experience that a person could have.” He was right and he was also wrong. It was tough, but it was so meaningful and inspiring that it didn’t feel tough. There was a kind of ease that came once I realized that just being myself with another person, helping them out in different ways, just listening and being a witness to another person’s life, is something that anyone can do to support a person in need.

Q: Since you became involved with Shanti, what changes (major or not) do you think have had the greatest impact on your work and the community?

A: The new protease inhibitors that were approved in the early 2000s were completely transformative to many people living with HIV. The efficacy of these medications, the reduction of isolating side effects like lipodystrophy that came with earlier iterations, and the fact that they could be taken in only one or two doses, meant that people with HIV could suddenly imagine a life where they could live as long as anyone else. They could leave their homes without feeling the stigma that often comes with visible side effects and without the stress of having to schedule and then take multiple rounds of drugs throughout the day.

Q: What (if any) are some things that have stayed the same throughout your time at Shanti?

A: All the clients that I supported who passed before the era of effective protease inhibitors are like our clients now, they still have to deal with anxiety, fear, and isolation. Their lives are just as important to witness and support. All the volunteers in our trainings who shared their stories and cried and laughed and went on to help our clients are like the volunteers who came after them; all are doing those same things in our trainings, and supporting our clients. All the staff who have come and gone from Shanti who impacted so many clients’ lives during their time with us are like the staff we have now, who are all doing the same important things.

Q: In which ways are volunteering similar to the work you do now?

A: Volunteering with Shanti taught me to center empathy on how I connect with other human beings. Just as importantly, the volunteer training helped me to recognize that finding commonalities while also respecting individual differences are ways of engaging that can and should be held simultaneously. Everyone has things in common with each other and everyone is also unique. We’re all human beings. This is the Shanti model and I continue to apply those methods to the work I do now and to my life outside of Shanti.

Q: What are some of your favorite parts of working at Shanti?

A: There are too many favorite parts to recount. I’d have to just say the people: Shanti attracts some of the most empathetic and some of the most interesting people I’ve ever met. Also, the karaoke! I was never a fan of this before Shanti’s holiday parties.

Mark, thank you for the 28 years of service and empathy you continue to show to the Shanti community. 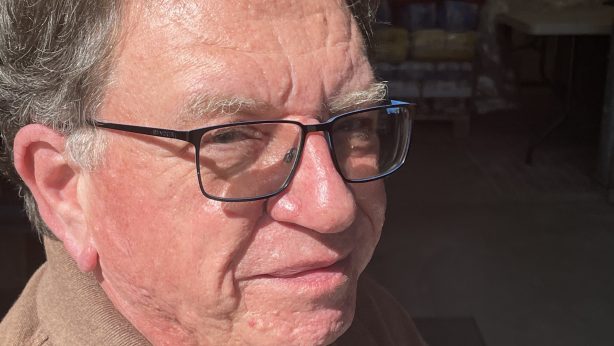 [vc_row][vc_column][vc_column_text]Dave is a Pet Food Bank volunteer with our Pets... 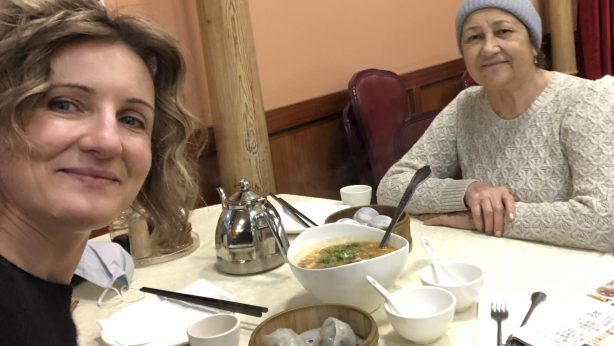 Valentina and Olena, a Cultural Connection

[vc_row][vc_column][vc_column_text]We are delighted to introduce Valentina and Olena. Originally from...